Protection of women victims of crime

Protection of women victims of crime

On 5 November 2019 the Center for the Study of Democracy hosted a round-table on the protection of women victims of crime’s rights, under the initiative JUSTICE FOR WOMEN. The event brought together representatives of the judiciary, law enforcement bodies, as well as experts from both the civil society and the public sector.

Dr. Maria Yordanova, senior fellow in the Law Program of the Center for the Study of Democracy, gave a brief introduction on the importance of preventing and countering violence against women, as well as its wide scope and various forms of manifestation.

Miriana Ilcheva, senior analyst in the Law Program of the Center, introduced the JUSTICE FOR WOMEN initiative whose primary aims are to improve victims of domestic violence’ access to justice, to increase reporting to competent institutions, to improve the process of assessment of damages and suffering, as well as the award of adequate compensation. In that regard, a handbook on the financial compensation in cases involving women – victims of violence, produced under the initiative, was presented.

Inspectors Penka Stoyanova and Dessislava Viktorova from the National Police General Directorate of the Ministry of Interior emphasized on the activity of the Ministry in relation to domestic violence. They outlined some of the challenges before law enforcement officers both on the executive and managerial levels in relation to the first contact with victims, as well as the prevention of violence and victims’ protection.

Diana Videva, member of the Executive Board of the Demetra Association, presented a good practice the Association developed together with the Pirogov Emergency Hospital and law enforcement bodies -  a special reception room designated for victims of domestic violence was established on the premises of Pirogov in proximity to law enforcement offices. The reception room is a model of a complehensive support mechanism for domestic violence victims functioning in an inter-disciplinary manner and involving the services of a social worker, employees of the hospital, law enforcement officers, with a possibility for the victim to be referred to a psychologist.

In addition, Milkana Meskin from Pirogov Hospital brought attention to the challenges that come with the realization of such a project, as well as the importance and necessity to expand the practice in more hospitals and medical centers.

Judge Daniela Aleksandrova, deputy chair of the Sofia Regional Court, outlined the challenges that stand before the courts both in the criminal and the civil proceedings for the protection of victims of violence against women. Further, Judge Aleksandrova argued in favor of the creation of a unified register for the orders for the protection of domestic violence victims. Prosecutor Vassilena Anastassova from the Sofia Regional Prosecutor’s office presented several challenges during the pre-trial proceedings for such cases.

The event concluded with a discussion aimed at finding solutions to the evidentiary issues in cases of domestic violence and ensuring the support and care for the victims from all competent institutions and organizations. Representatives of the Association of the Prosecutors in Bulgaria, the Sofia Regional Prosecutor’s Office, the Regional Prosecutor’s Office in Plovdiv, the law enforcement bodies, and civil society took part in the discussion. 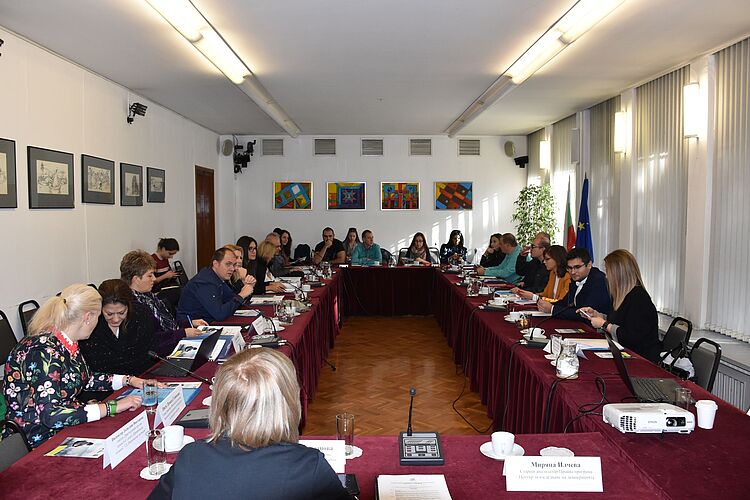 During the roundtable 'Protection of women victims of violence' (JUSTICE FOR WOMEN), Sofia, 5 November 2019

Domestic violence against women in Bulgaria – before, during, and after the COVID-19 pandemic

Navigating through your supply chain: Toolkit for prevention of labour exploitation and trafficking

Trafficking for Labour Exploitation in Bulgaria

Employment among Vulnerable Youth in the Regions of Sliven and Yambol 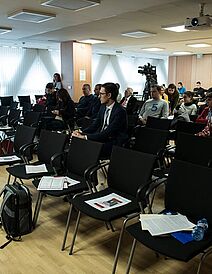 The Rights of Recognized Same-Sex Partners Moving Across the EU

Protection of the Rights of Victims of Trafficking

Domestic violence against women in Bulgaria – before, during, and after the COVID-19 pandemic